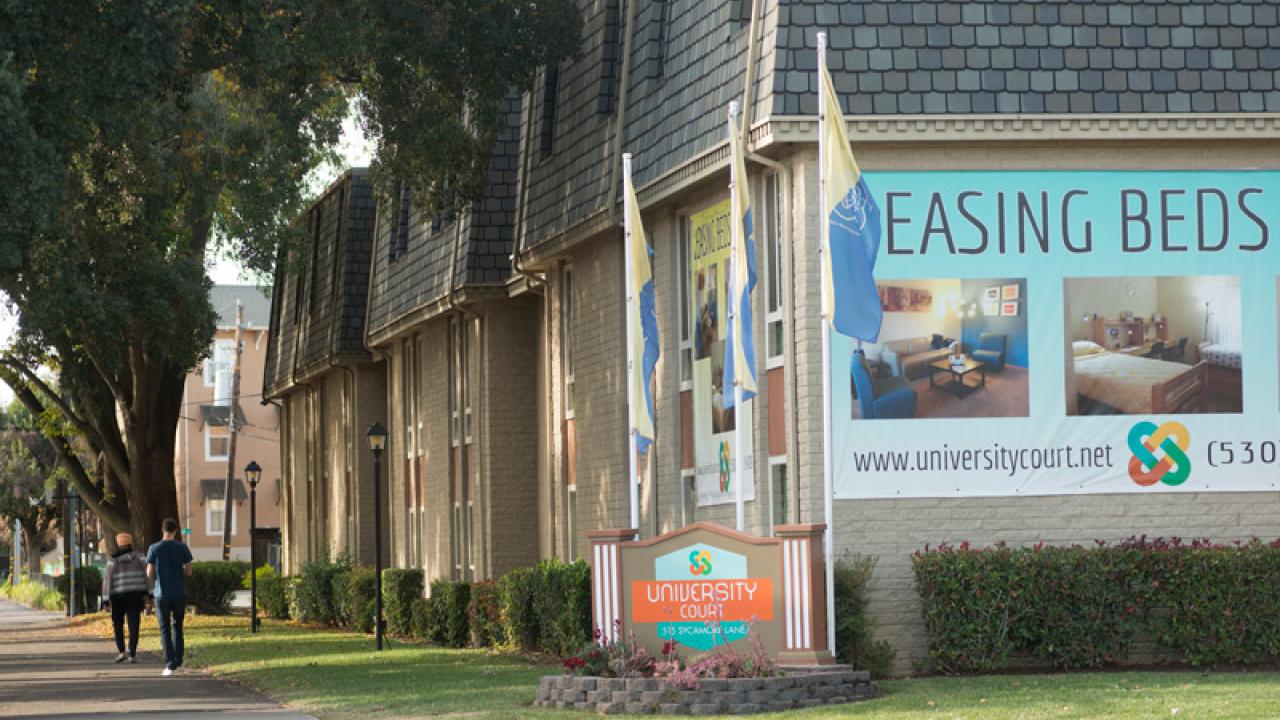 With the Fall Quarter coming to an end, first-year students that have been living on campus may begin to explore off-campus housing, which among other changes, brings new considerations for commuting to UC Davis. If you are a student living on campus looking to move just outside campus or to a surrounding city, you can still get to your classes easily and car-free.

Commuting in Davis | The Unitrans bus system in Davis is unmatched in its service and is already paid for by undergraduate student fees. Students can get to a Unitrans bus route in 10 minutes or less from just about anywhere in the city limits. And biking in Davis is a no-brainer. It’s one of only five platinum-rated bicycle-friendly communities in the United States.

Commuting from Woodland | The 11+ mile one-way distance between Woodland and UC Davis can be enjoyable as a weekend bike ride, but few are willing to make the commute every day. We suggest taking Yolobus. UC Davis undergrads can ride on Yolobus for free. Routes to consider are 42A/B, 242AM/PM, and 243AM/PM. Go to the Yolobus LiveTracker Map and click on those routes to see exactly where on campus and in Woodland those routes stop.

Commuting from Vacaville and Dixon | The Solano Express is the best deal in UC Davis commuting outside of walking/biking while living in Davis. The Solano Express is a multi-county bus route that starts all the way at the Pleasant Hill BART Station and picks up/drops off commuters in Benicia, Fairfield, Vacaville, Dixon, and UC Davis. You can find the Solano Express timetables here. Passes are available for purchase at UC Davis’ Transportation Services or via the Clipper Card.

Commuting from West Sacramento | Like the bike commute between UC Davis and Woodland, the West Sac bike commute is possible, but it’s very unlikely that more than a handful of Aggies make a 13-mile one-way trip a regular commute. The best non-driving option is to ride Yolobus. If you would like to consider a Yolobus commute from West Sacramento, go to the Yolobus LiveTracker Map and click on routes 42A/B to see its stops.

Commuting from Sacramento | If you can find your way to the UC Davis Medical Center, you can pay $45/month to ride the Intercampus shuttle to the UC Davis main campus. If you prefer to ride the bus for free, Yolobus continues to be an option. Explore routes 42A/B and 43RAM/RPM via the Yolobus LiveTracker Map.

Find a Carpool | Regardless of where you end up living, Zimride is a simple way to find friends, classmates and co-workers who are headed to/from campus. It's simple. Do you have a car? You can split the costs by driving fellow UC Davis community members. No car? You can find a ride where you need to go. Riders or drivers can post one-time trips or regular commutes. If you find a carpool partner or partners to commute with, you may qualify for a discounted carpool parking permit through the goCarpool program. NOTE: All UC Davis students, staff, and faculty are eligible to sign-up for our private Zimride Rideshare Community.

Off-Campus Housing Event | Mark the calendar! Housing Day is January 24, 2019. Hosted by Housing Advising for Undergraduate Students (HAUS), this event provides students with information on the various housing options within the Davis Community. Transportation Services will also be on hand to discuss commute options for students living in Davis or surrounding areas.

Questions? | If you are curious about what it might look like to commute to UC Davis from a destination off campus, contact the goClub and we’ll be happy to plug you into a commute option that fists your schedule and budget.

Peace, Love and Bicycles: Biking tips for the rainy season

But, Why Parking Citations at UC Davis?